This Excel Tutorial demonstrates how to use the Excel GCD Function in Excel to calculate the greatest common divisor, with formula examples.

The Syntax for the GCD Formula is:

Use the GCD Function to calculate the greatest common divisor for a number. Simply enter any number directly into the formula, or reference a cell containing a number. 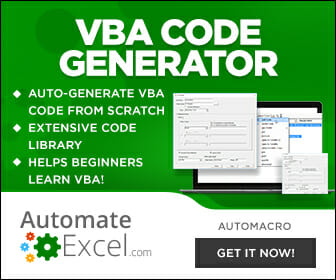 You can also use the GCD function in VBA. Type:
Application.Worksheetfunction.Gcd(number1,number2)
For the function arguments (number1, etc.), you can either enter them directly into the function, or define variables to use instead.

How to use the GCD Function in Excel:

To use the AND Excel Worksheet Function, type the following into a cell:
=AND(
After entering it in the cell, notice how the AND formula inputs appear below the cell:

You will need to enter these inputs into the function. The function inputs are covered in more detail in the next section. However, if you ever need more help with the function, after typing “=GCD(” into a cell, without leaving the cell, use the shortcut CTRL + A (A for Arguments) to open the “Insert Function Dialog Box” for detailed instructions:

For more information about the GCD Formula visit the
Microsoft Website.