While working in VBA, you often need to convert strings into lowercase, uppercase or proper case. This is possible by using the UCase, LCase and StrConv functions.

These functions are important when manipulating strings in VBA, as VBA is case sensitive. If you wish to make VBA case-insensitive, you need to add Option Compare Text at the top of your module. You can find out more about this here: Prevent VBA Case Sensitive

The UCase function in VBA converts all letters of a string into uppercase. There is only one argument, which can be a string, variable with string or a cell value. This function is often used if you want to compare two strings. Here is the code for the UCase function: 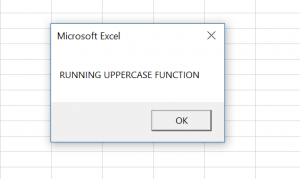 In this example, we convert all letters of the string from A1 into lower case. After that, the converted string is assigned to the cell A1. 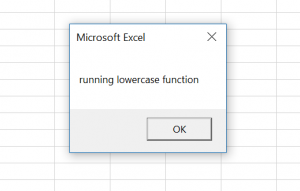 You will see on the example how the function works. It takes the string from the cell B1, converts it to proper case and returns the value in the cell A1. 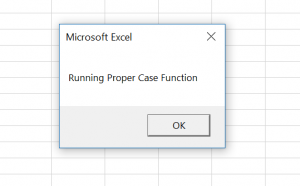 Using the StrConv function, you can also convert a string to upper or lower cases. To do this, you just need to set the second argument to the vbUpperCase or vbLowerCase: