This tutorial will explain the how to use Current Region in VBA.

The CurrentRegion property in VBA is a way to select all the cells that are contained within a Range that you might want to work with. As long as the cells within the range are all consecutive or ‘touching’ each other, the CurrentRegion will select every cell in the region.

The syntax is very simply:

where you would specify the cell whose current region you wished to select and then use the CurrentRegion.Select property to select the Range of Cells.

If we run the routine, all the cells in the CurrentRegion of cell E11 will be selected.

If we remove the contents of the adjoining cells, and re-run the routine, the following will be selected as the current region. 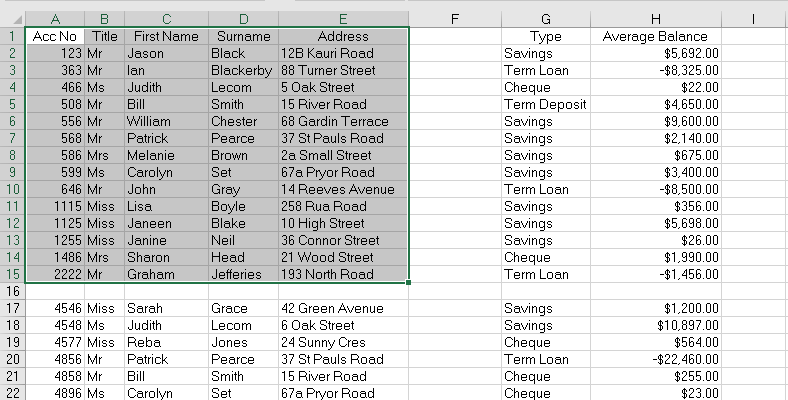 However if we remove even more data, we could end up with the example below for the Current Region of Cell E11.

Putting information ack into D13, we end up with the following: 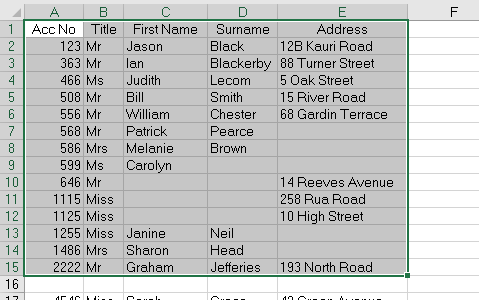 The CurrentRegion therefore returns another range object defined by the smallest combination of occupied columns and rows that surround the Range you have supplied.

Counting the Rows and Columns in the Current Region

We can use CurrentRegion to count the rows and columns.

If we run the procedure, the following message box will appear.

We can also use the current region property to clear the range of cells.

Assigning the Current Region to a Variable

If we run the procedure above, we will end up with a worksheet as shown below!

Getting the Start and End Cells in the Current Region

With slightly more complicated code, we can get the first cell and last cell in a Current Region.

When we run the code above, the following message box will appear