This tutorial will explain the VBA Error 1004- Application-Defined or Object-Defined Error.

VBA run-time error 1004 is known as an Application-Defined or Object-Defined error which occurs while the code is running. Making coding errors (See our Error Handling Guide) is an unavoidable aspect learning VBA but knowing why an error occurs helps you to avoid making errors in future coding.

If we are referring to an object in our code such as a Range Name that has not been defined, then this error can occur as the VBA code will be unable to find the name. 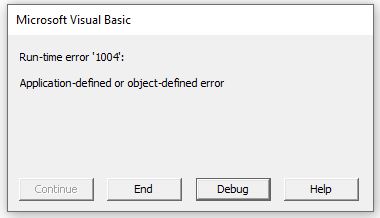 The simplest way to avoid this error in the example above is to create the range names in the Excel workbook, or refer to the range in the traditional row and column format eg: Range(“A1:A10”).

If we already have a Sheet2, then the error will occur. 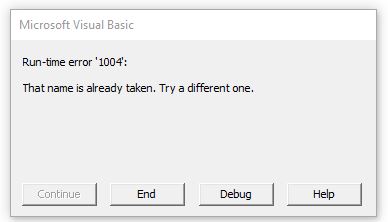 The error can also occur when you have incorrectly referenced an object in your code. For example:

This will once again give us the Error 10004

Correct the code, and the error will no longer be shown.

Although the message will be different in the error box, the error is still 1004. 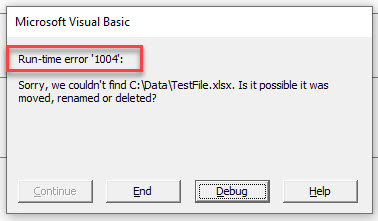