This tutorial will demonstrate how to overlay two graphs in Excel.

Starting with your Graph

In this scenario, we want to show an overlay of two series of data; the actual vs planned for by month to see the variance between the two datasets. 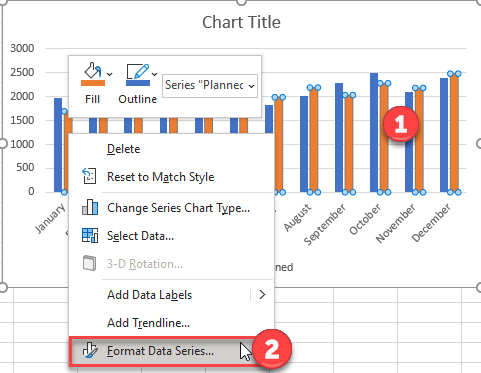 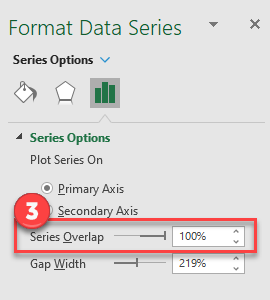 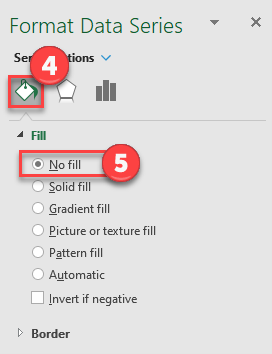 7. Select a darker color. For this instance, we’ll use dark blue. 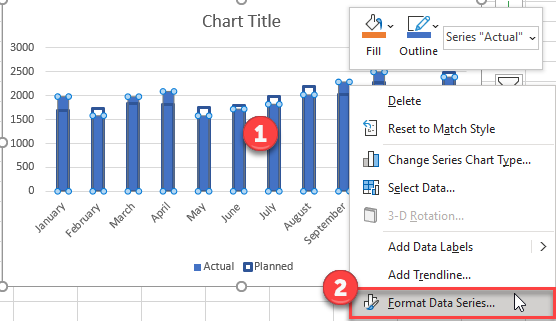 3. Click on the paint bucket under Format Data Series

4. Select a lighter version of the color your used for the first series. In this tutorial, we’ll use light blue

As you can see, we have a finished graph with the overlay showing planned vs actual 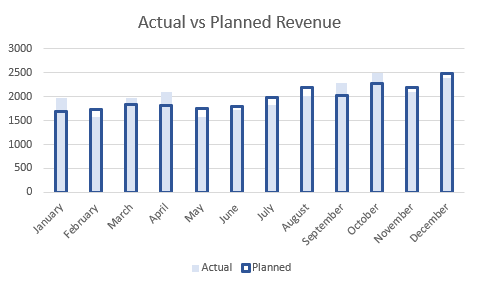