This tutorial will demonstrate how to add a Secondary Axis in Excel and Google Sheets.

How to Add Secondary Axis (X & Y) in Excel

There are a variety of ways that a secondary axis can come in handy. This can be helpful when you’re plotting value ranges in a number of series that vary greatly, or when you’re trying to graph two separate kinds of charts (commonly bar and line graph).

In the below graph, you can see an example where there is both a primary axis and a secondary axis. You can see that these include different ranges on both axes. The Primary Axis shows the range of Total Revenue, and the Secondary Axis shows the % of Net Income. Therefore, you can visually show two separate series in one graph by using this. 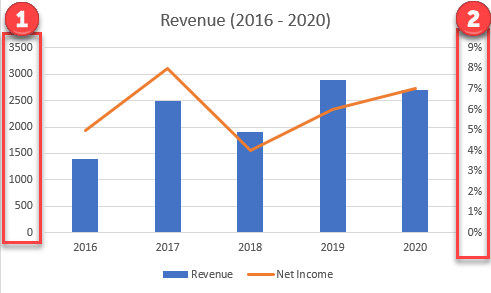 Starting with your Base Graph 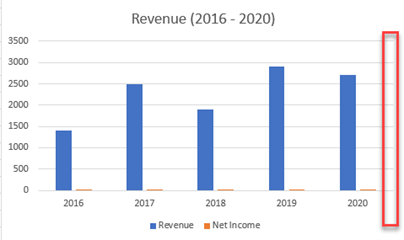 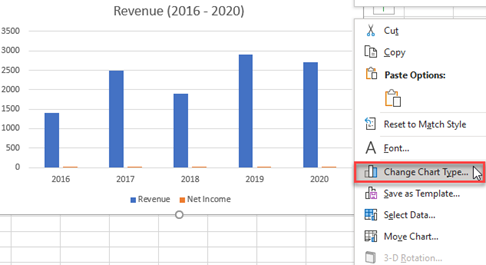 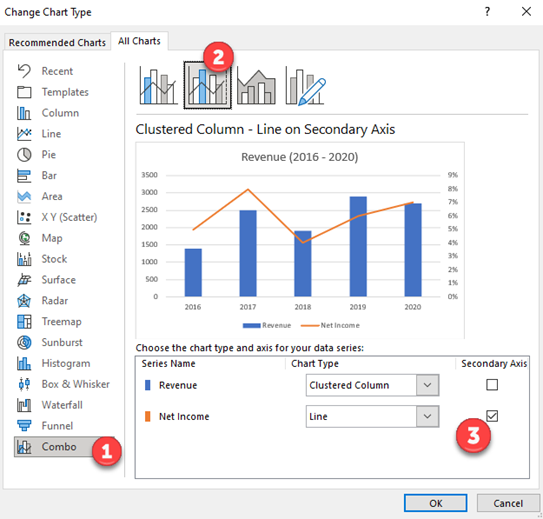 You can see the final graph now shows the Revenue on the Primary (Left) Axis and the Net Income is on the Secondary (Right) Axis. This visualizes the data in a way that is easier to understand. 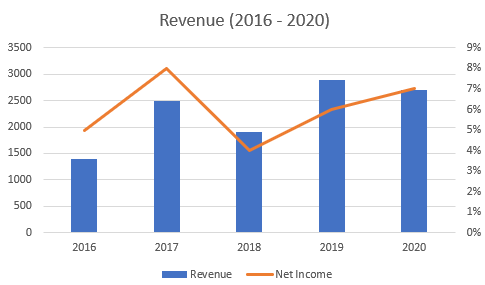 How to Add a Secondary Axis in Google Sheets

Starting with your Base Graph

You can see when creating the graph in Google Sheets, it shows up the same way as it does in Excel. 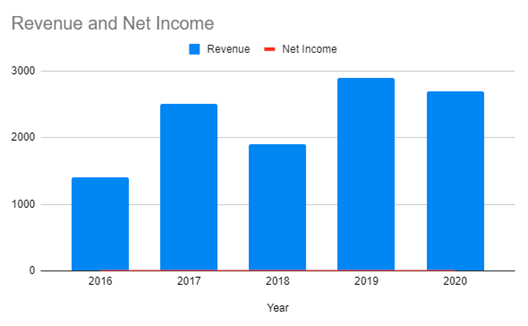 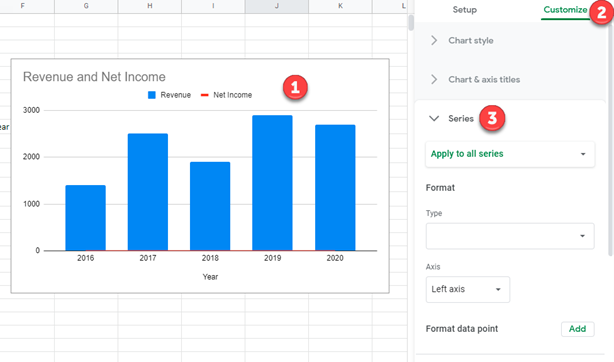 4. Under Series where it says, Apply to all Series, change this to the series you want on the secondary axis. In this case, we’ll select “Net Income” 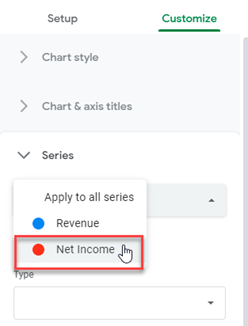 5. Scroll down under Axis and Select Right Axis

Now the final graph shows the Revenue on the Primary (left) axis and the Net Income on the Secondary (right) axis. 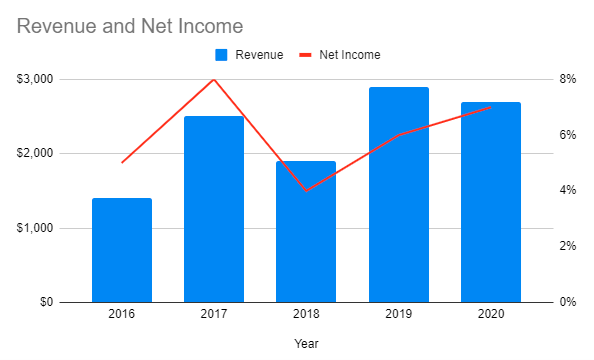