In this tutorial, you will learn how to rearrange columns in Excel and Google Sheets. 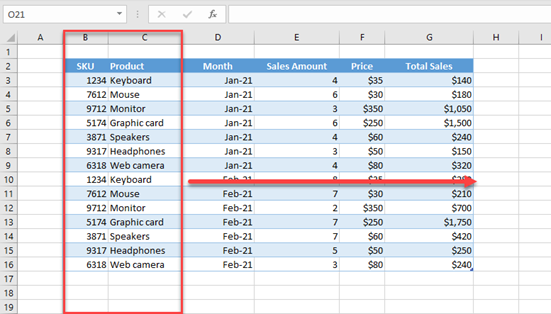 You can easily rearrange columns by dragging or copy-pasting them into a new position. These options work for both normal ranges and tables.

Reorder Columns by Dragging Them

Say you have the following structure of data in the Excel worksheet and want to move Columns B and C to the end (after Column G).

To do this, select Columns B and C, then move the cursor to the right of the selection until the cursor turns into a four-sided arrow. Next, press and hold SHIFT on the keyboard then drag selected columns between Columns G and H until the vertical line appears and drop them. 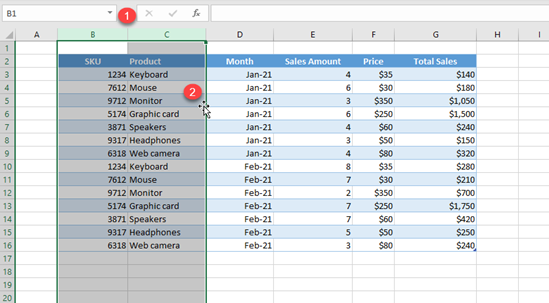 As a result, Columns B and C are moved after Column G, making them F and G now. All other columns are shifted left by two. 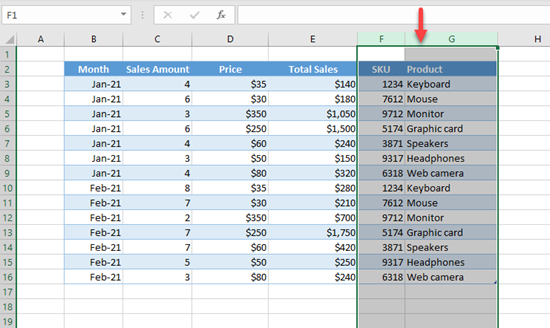 To rearrange columns in Google Sheets, the process is very similar to that in Excel above. Select Columns B and C, click on selected column letters, and drag and drop between Columns G and H. 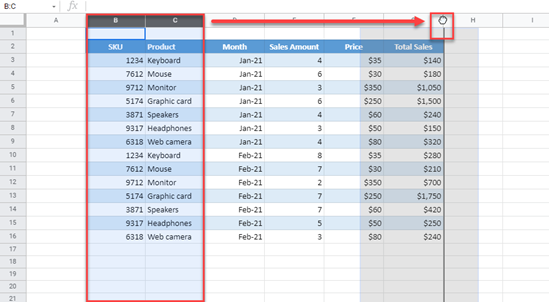 Doing this produces the same result as in Excel. 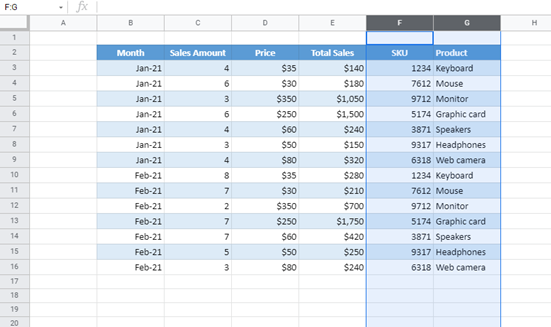