This tutorial demonstrates how to swap columns in Excel and Google Sheets. 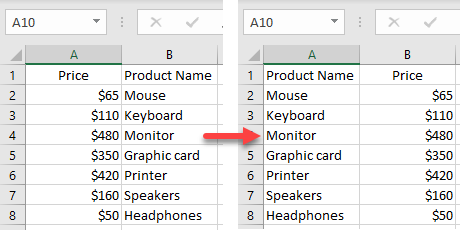 The first option for swapping two columns is to drag one column after another. Say you have the following data set and want to swap the columns Price and Product Name. 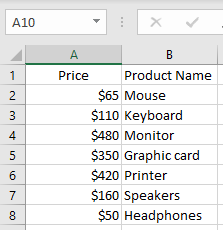 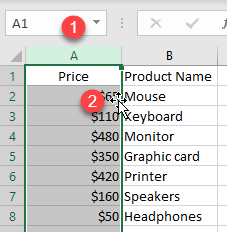 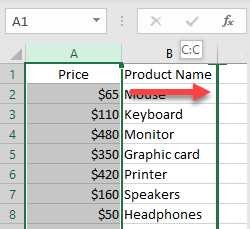 As a result, columns are now swapped. 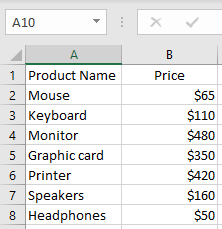 Note: Similarly, you can swap multiple columns. Just select as many columns as you need.

Another option for swapping columns is to cut and paste a column. 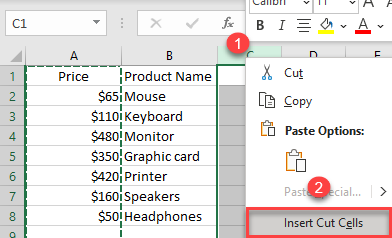 The result is the same: The columns Price and Product Name are swapped.

The easiest way to swap columns in Google Sheets is by dragging a column. 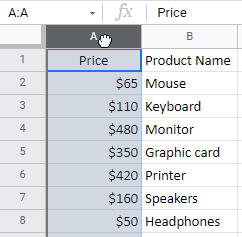 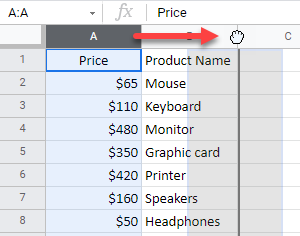 This moves Column A after Column B. 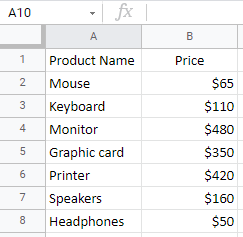 Unlike Excel, Google Sheets has the option in the menu to move rows or columns. Select the column to move (A), and in the menu, go to Edit > Move > Column right. 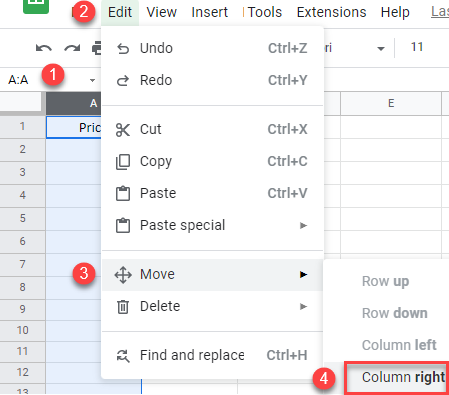 Again, the columns are swapped.

Note: There is also the option to cut and paste a column, but this is the slowest method, as you must delete the empty column after pasting.