What is a Variable?

You will use the variable in your code, and the program will also access your variable. The actual value of your variable can change while your code is running.

In terms of how to name your variable in VBA, you need to ensure that:

There are many data types you can use in VBA. However, there are common ones that you will find yourself using for the most part in your code. These are:

Note: When you store a value in a String data type, you have to use quotation marks. For example:

Note: When you store a value in a Date data type, you have to use quotation marks. For example:

Table of All The VBA Data Types

When you use Option Explicit in VBA, this means you have to declare all your variables which is a good idea to do. You can ensure Excel always automatically adds Option Explicit in the VBE by going to Tools>Options>Editor and then check Require Variable Declaration. 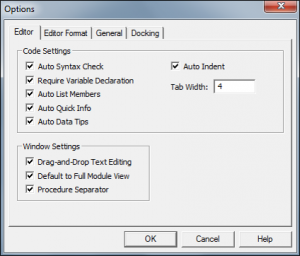 Using Variables in Your Code

The example below illustrates all the concepts we covered above: 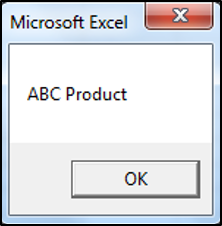 What is a Constant?

A constant is similar to a variable but it stores a value that cannot change. The way to declare a constant in VBA is shown in the code below: 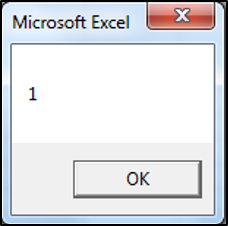