VBA contains a large amount of built-in functions for you to use, but you are also able to write your own.   When you write code in VBA, you can write it in a Sub Procedure, or a Function Procedure. A Function Procedure is able to return a value to your code.  This is extremely useful if you want VBA to perform a task to return a result. VBA functions can also be called from inside Excel, just like Excel’s built-in Excel functions.

Creating a Function without Arguments

You may want to create a function that returns a static value each time it is called – a bit like a constant.

You can also create functions that refer to objects in VBA but you need to use the Set Keyword to return the value from the function.

If you were to use the above function in your VBA code, the function would always return the range of cells A1 to G4 in whichever sheet you are working in.

Calling a Function from a Sub Procedure

Once you create a function, you can call it from anywhere else in your code by using a Sub Procedure to call the function. 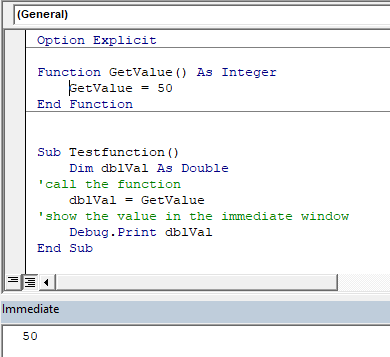 The value of 50 would always be returned.

You can also call the GetRange function from a Sub Procedure. 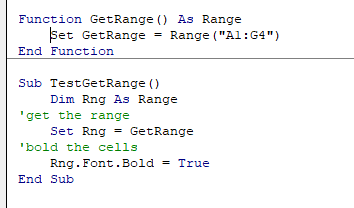 In the above example, the GetRange Function is called by the Sub Procedure to bold the cells in the range object.

You can also assign a parameter or parameters to your function.  These parameters can be referred to as Arguments.

We can then call the above function from a Sub Procedure in order to work out how many pounds a specific amount of kilos are. 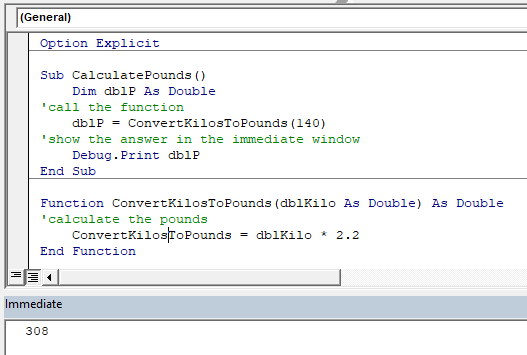 A function can be a called from multiple procedures within your VBA code if required.  This is very useful in that it stops you from having to write the same code over and over again.  It also enables you to divide long procedures into small manageable functions. 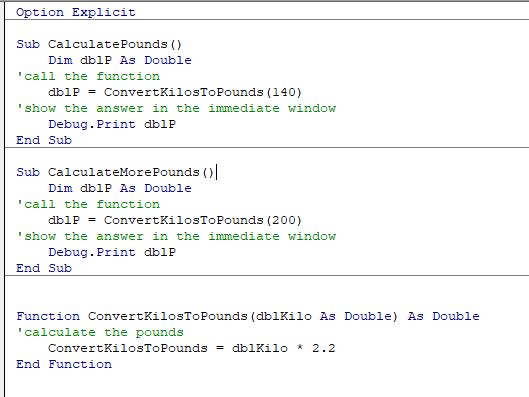 In the above example, we have 2 procedures – each of them are using the Function to calculate the pound value of the kilos passed to them in the dblKilo Argument of the function.

You can create a Function with multiple arguments and pass the values to the Function by way of a Sub Procedure.

We can then call the function to calculate the amount of days between 2 dates. 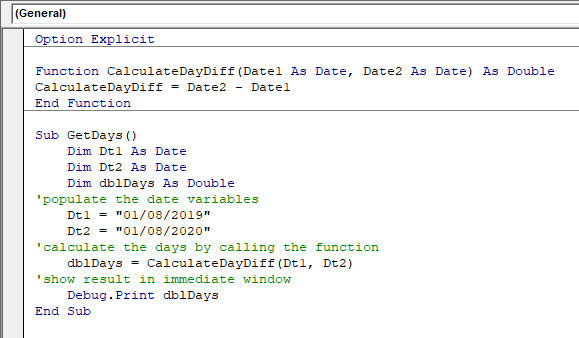 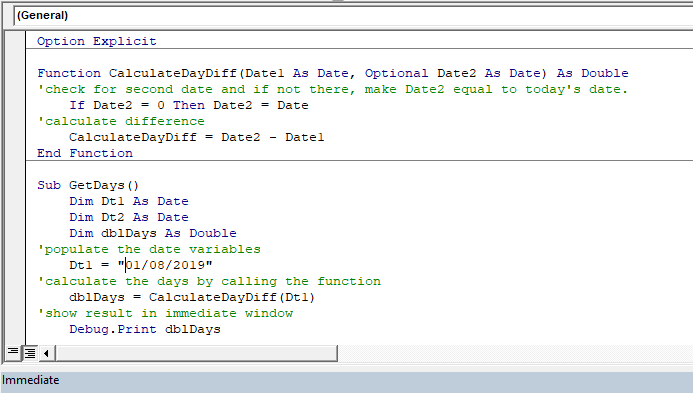 You can also set the default value of the Optional arguments when you are creating the function so that if the user omits the argument, the value that you have put as default will be used instead.

When you pass values to a function, you can use the ByVal or ByRef keywords.  If you omit either of these, the ByRef is used as the default.

To call this function, we can run a sub-procedure. 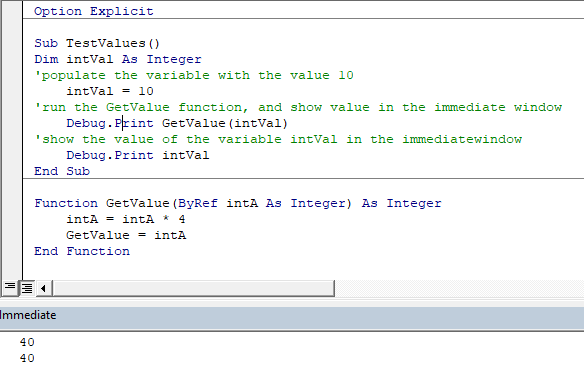 If we do NOT want to change the value of the original variable, we have to use ByVal in the function.

Now if we call the function from a sub-procedure, the value of the variable IntVal will remain at 10. 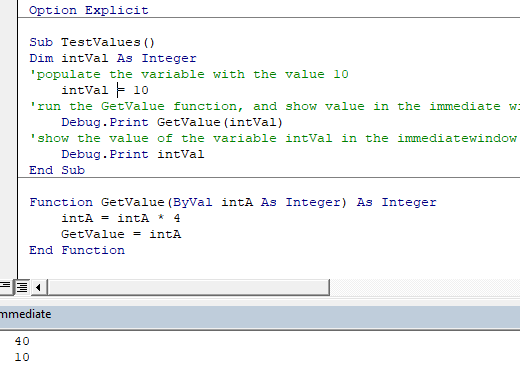 If you create a function that tests for a certain condition, and once the condition is found to be true, you want return the value from the function, you may need to add an Exit Function statement in your Function in order to exit the function before you have run through all the code in that function.

The function above will loop through the string that is provided until it finds a number, and then return that number from the string.  It will only find the first number in the string as it will then Exit the function.

The function above can be called by a Sub routine such as the one below. 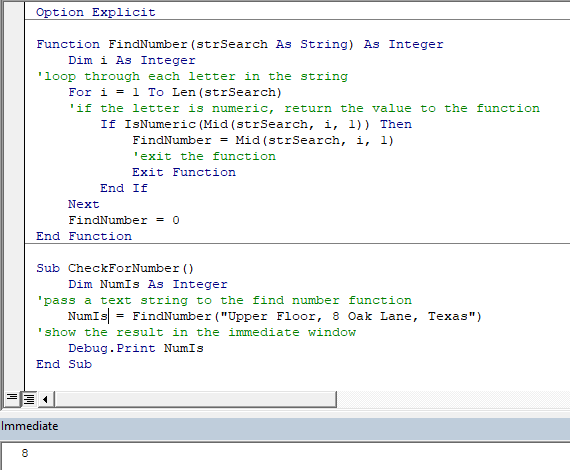 Using a Function from within an Excel Sheet

Click on the fx to show the Insert Function dialog box. 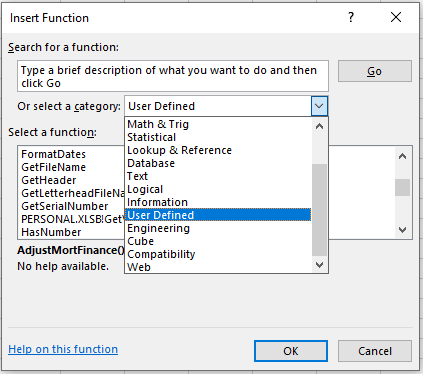 Select the function you require from the available User Defined Functions (UDF’s).

Alternatively, when you start writing your function in Excel, the function should appear in the drop down list of functions. 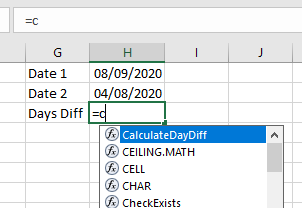 If you do not want the function to be available inside an Excel sheet, you need to put the Private word in front of the word Function when you create the function in your VBA code.

It will now not appear in the drop down list showing the Excel functions available. 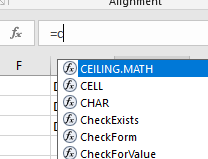 Interestingly enough, however, you can still use the function – it just will not appear in the list when looking for it! 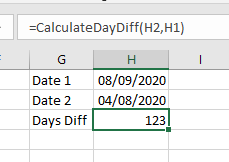 If you have declared the second argument as Optional, you can omit it within the Excel sheet as well as within the VBA code.

You can also use the a function that you have created without arguments in your Excel sheet.