This tutorial will demonstrate how to add leading zeros to numbers in Excel & Google Sheets.

There are several ways to add leading zeros to numbers in Excel. The method you want to use may depend on your end goal.

When considering adding leading zeros to numbers you need to decide if you want Excel to store your number as a number or as text. All of the examples, except this first example, will change your number to a “number stored as text”. This may or may not be what you want. 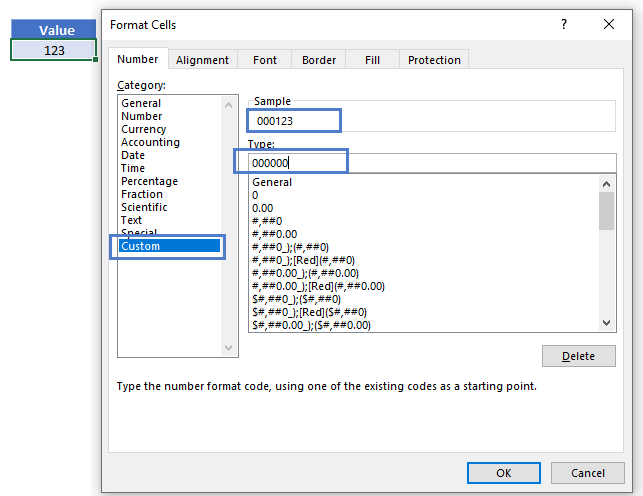 This will ensure that all numbers are at least 6 digits long. If a number is less than 6 digits, leading zeros are added to the number: 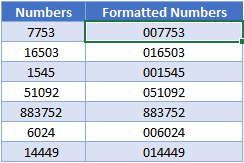 Remember: This is the only method to add leading zeros to a number while keeping the number stored as a number in Excel.

The TEXT Function is used to convert numbers to text while applying specific number formatting. Here we can use the same number formatting as above “000000” to make all numbers at least 6 digits, just like the previous example. 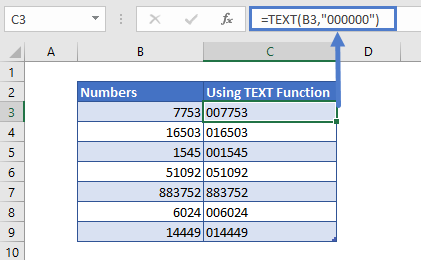 The above examples will add leading zeros only if the number is less than the specified number of digits. Instead, we can simply append a certain number of leading zeros using the ampersand operator (&) or the CONCATENATE Function.

The ampersand operator joins together strings of text. Here we used & to add three leading zeros to our numbers: 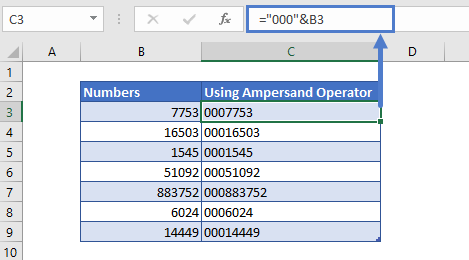 The CONCATENATE Function can also join together strings of text: 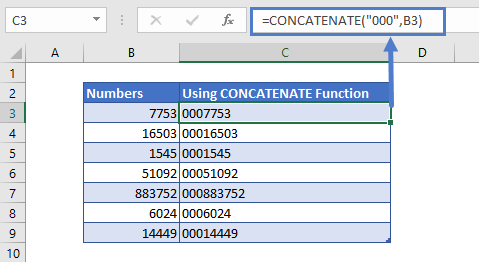 This is extremely useful as it saves you from counting out the number of zeros you’d like to add, and the potential for an error.

Here is an example of the REPT Function inside the TEXT Function: 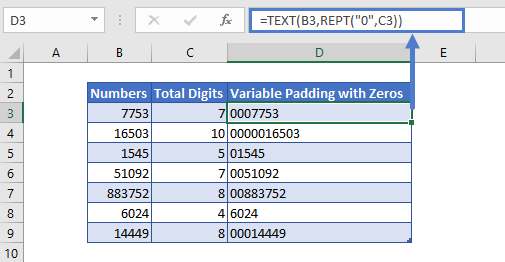 The formulas to add or pad a number with zeros works exactly the same in Google Sheets as in Excel: