This Tutorial demonstrates how to use the Excel REPT Function in Excel to repeat text a number of times.

To use the REPT Excel Worksheet Function, select a cell and type:

number_times – The number of times to repeat a string a text. If zero, then empty text (“”) Is returned.

How to use the REPT Function in Excel:

The REPT function repeats text a given number of times. 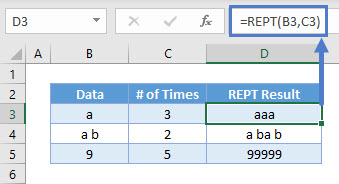 If you enter a decimal value for number_times, REPT will truncate the decimal and take the whole number. If you place a zero, nothing comes up. 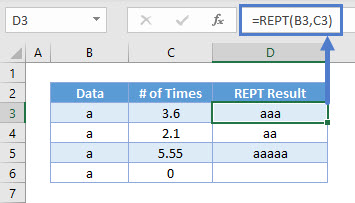 You can use the REPT Function as a quick alternative to Data Bars to display a mini-chart inside a cell: 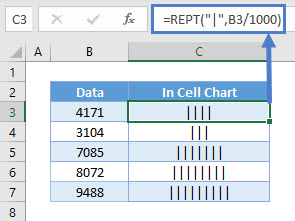 REPT repeats the pipe symbol (“|”) a number of times determined by dividing the number by 1000, creating a mini-chart. 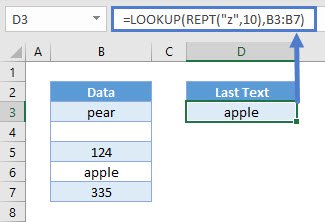 Excel works like a dictionary when it comes to determining which text is “largest”. “A” is the smallest, and “Z” is the largest. And within each alphabet, the subsequent alphabet is the next determining factor. For instance, “Za…” is deemed as smaller than “Ze…” since “e” is larger than “a”.

You might want to split all the words within a cell into different rows. To do so, you can use this formula:

The ROWS Function allows us to easily specify each word number as the formula is copied down.

The REPT Function works exactly the same in Google Sheets as in Excel: 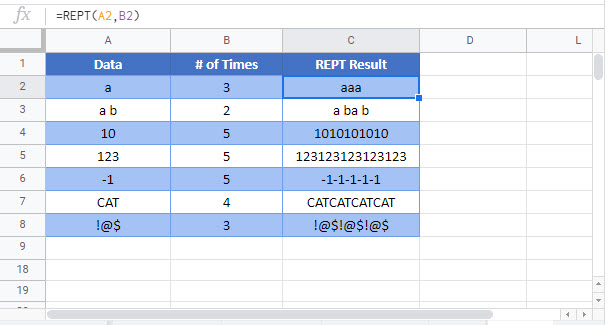 You can also use the REPT function in VBA. Type:
application.worksheetfunction.rept(text,number_times)

For the function arguments (text, etc.), you can either enter them directly into the function, or define variables to use instead.