This tutorial demonstrates how to use the Excel COUNTA Function in Excel to count non-blank numbers.

To use the COUNTA Excel Worksheet Function, select a cell and type:

The Syntax for the COUNTA Formula is:

array – An array of numbers, text, or blank values.

What is the COUNTA Function?

The Excel COUNTA Function returns the number of cells within a given range that are not empty.

How to Use the COUNTA Function

Use the Excel COUNTA Function as shown below: 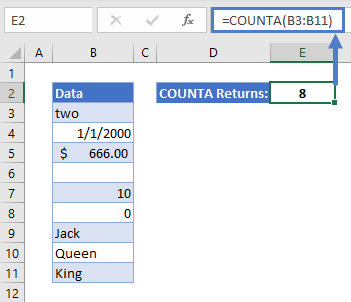 In this example, COUNTA returns 8, since there is only one empty cell in the range B3:B11, and eight that are not empty.

Note that COUNTA counts cells with any kind of data in them – even if it is not visible to the user. See the example below: 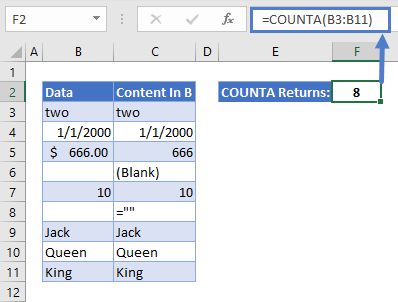 It looks like there are seven non-empty cells in this range, so why has COUNTA returned 8?

It’s because cell B8 is not actually empty. It contains the formula for an empty string:

Because of this, COUNTA counts that cell.

How to Count Cells that Are Empty

What if you want to count the number of cells in a range that ARE empty? We can do that too! Keeping the same example as above, we could just use the following formula: 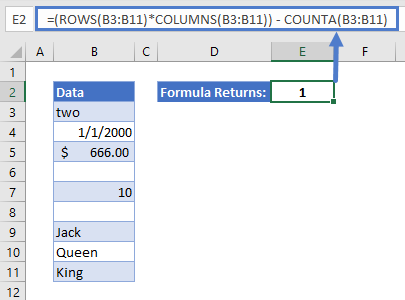 Again, since B8 contains =”” it is not counted as empty. Only B6 is truly empty, so the formula returns 1.

If you need to count the number of empty cells but you want to include cells that contain information but no visible data (like empty strings), use COUNTBLANK instead <<link>>.

The COUNTA Function works exactly the same in Google Sheets as in Excel: 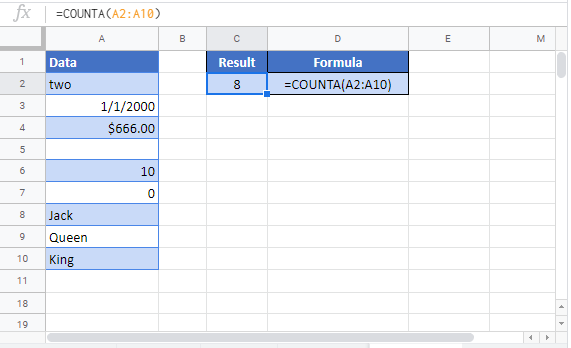 You can also use the COUNTA function in VBA. Type:
application.worksheetfunction.counta(value1,value2)
For the function arguments (array, etc.), you can either enter them directly into the function, or define variables to use instead.

To count the non-blank cells in the following range 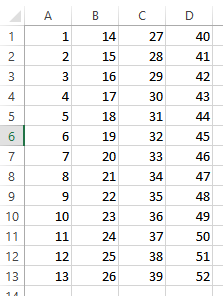 we would execute the following VBA code

The result would be : 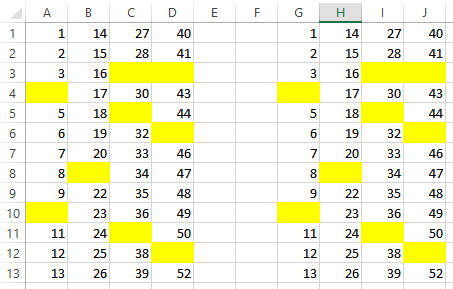 Executing the code below:

Would come up with:

as there are 86 non-blank cells in these two ranges