This tutorial demonstrates how to go to a specific cell, column, or row using keyboard shortcuts in Excel. 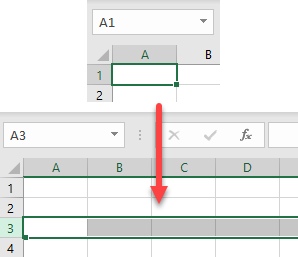 Go To and Select Cell

In Excel, you can easily move from one selected cell to another using the Go To option. Say you have cell A1 selected and want to move to cell C3. 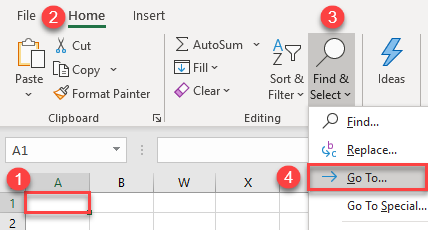 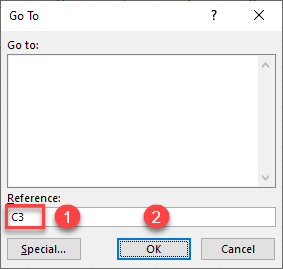 As a result, you moved from cell A1 to cell C3, which is now selected.

Go To and Select Row

Just as with a cell, you can also move to and select an entire row using the Go To feature. This time, say you want to move from cell A1 and select Row 3. To achieve this, follow Step 1 from the previous section.

In the Go To window, enter the row you want to move to in the format row:row (e.g., 3:3) in the Reference box and click OK. 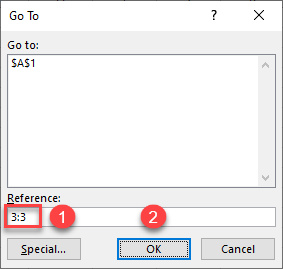 This moves you from cell A1 to Row 3, which is now selected in its entirety.

Go To and Select Column

Moving to a specific column follows exactly the same procedure.

In the Go To window, enter the row you want to move to in the format column:column (e.g., D:D) in the Reference box and click OK. 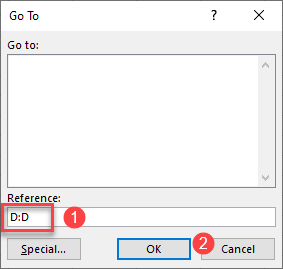 This moves you from your current cell to Column D, which is selected in its entirety.

Go To a Cell on a Different Sheet

To move to a cell on a different sheet, type the sheet name into the Go To window.

In the Go To window, enter the row you want to move to in the format sheetname!cell (e.g., Sheet3!A5) in the Reference box and click OK. 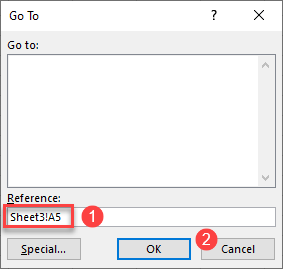 Note: The sheet name has to have an exclamation mark (!) after it to indicate that it is a sheet.

Go To Named Range or Table

You can also use the Go To window to move to any range names or tables that have been created in your workbook.

In the Go To window, click on the range name or table in the Reference box and click OK. 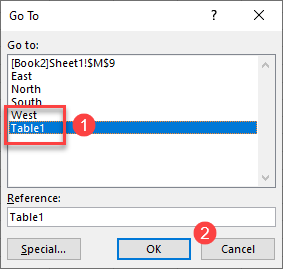 Your range name or table is selected. 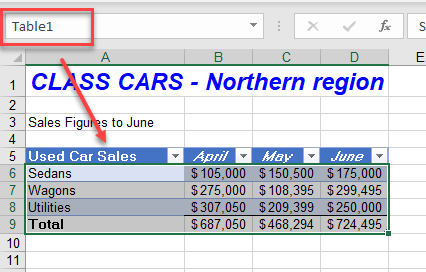 Move to a Cell With the Name Box

You can also move to a cell using the name box. The name box is positioned to the left of the formula bar and shows the name of a selected range.

The result is the same as with the Go To option, and cell C3 is selected.

Move to a Row or Column With the Name Box

Just like in the previous section, you can move to a specific row with the name box.

Again, the entire Row 3 or Column D is selected.

Move to a Named Range or Table With the Name Box

To move to a range name or table using the name box, type in the range or table name, and then press ENTER.

The entire named range or table is selected.

Move Around the Worksheet With Home and Arrow Keys

The first cell in a worksheet is always cell A1. To move there quickly using they keyboard, press CTRL + HOME.

To move to the last occupied cell in a worksheet, press CTRL + END.

To move to the first cell in the currently selected row, press HOME.

You can also use the other arrow keys to move around the worksheet.

Note: Don’t hold the END key down as you do the CTRL key. Press the END key first, and then the relevant arrow key).

Move Between Formulas – Precedents and Dependents

You can use CTRL + ] (close bracket) or CTRL + [ (open bracket) to move between cells with formulas that are linked to each other.

Select and Move to Precedent Cells

You can select and move to a cell’s precedents by using the CTRL + [ (open bracket) shortcut.

Say you have a worksheet that has a sum formula such as the example below.

Click on the cell that contains the formula and then press CTRL + [ on the keyboard. 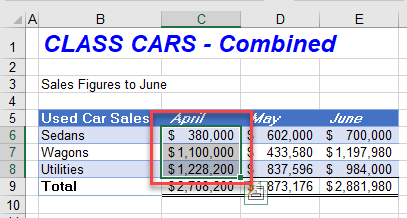 All cells that are referenced in the formula – the cell’s precedents – are selected.

If the formula just refers to one cell, CTRL + [ moves to the specific precedent cell referenced in the formula. 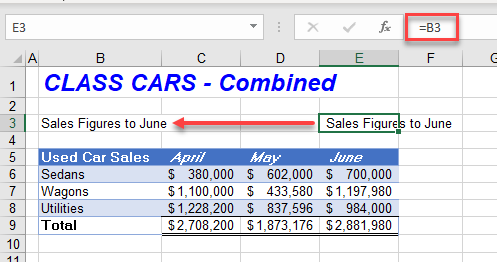 Select and Move to Dependent Cells

You can also jump to a formula that is a dependent of your selected cell by using the CTRL + ] (close bracket) shortcut.

If the selected cell is used in a formula in another cell, and you press CTRL + ], you automatically jump to the cell that contains the formula.

Say for example, you have the following cell selected. 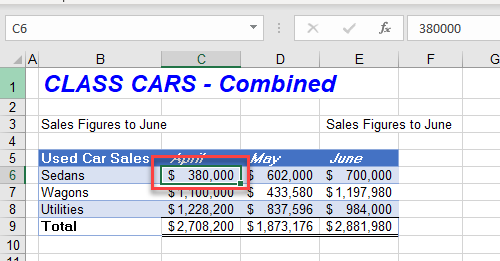 If you press CTRL + ], you automatically jump to the cell that contains the formula. (If the cell is referenced in multiple formulas, all dependent cells are selected at once.)

If you click on a formula that refers to a different workbook and press CTRL + ], you automatically jump to the cell within that workbook. If the workbook is not open, then Excel automatically opens it for you.

Move Around a Workbook with Hyperlinks

You can create hyperlinks within a workbook to move around.

Click in the cell where you wish the hyperlink to go. 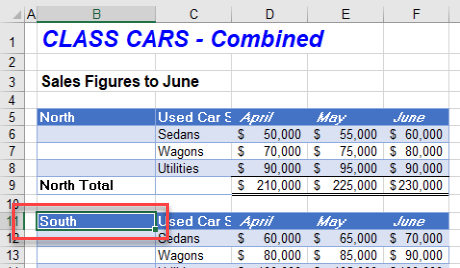 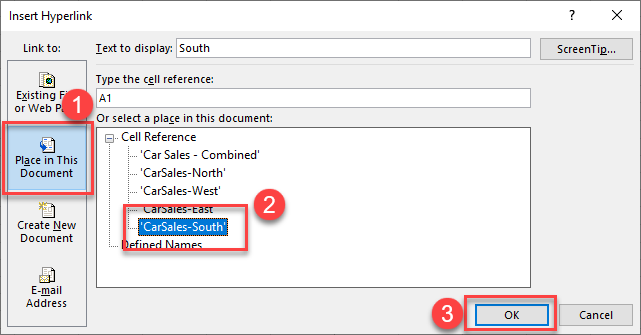 This creates a hyperlink. Click on it to go to the selected reference.

Note that when you hover over the cell, the entire cell path and filename are shown, even though the linked cell is in the same file.

See also: Using Find and Replace in Excel VBA and How to Use Go To Special

Move to a Row in Google Sheets

Google Sheets doesn’t have “Go To,” but you can use the name box to move to a cell or row. It works exactly the same way as it does in Excel. You can also use the CTRL, HOME, END, and arrow keys to move around your worksheet.

Click in the name box and type in the cell address of the cell you wish to navigate to, and then press ENTER to move to that cell. 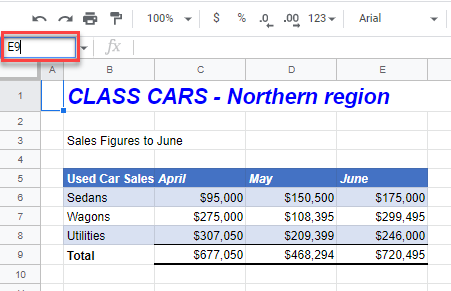 Here’s a list of the shortcuts discussed above. For more keyboard shortcuts, see Excel Shortcuts List for Mac and PC.