The Instr Function performs exact matches. The VBA Like Operator can be used instead to perform inexact matches / pattern matching by using Wildcards.

The following code snippet searches the string “Look in this string” for the word “Look”. The Instr Function returns 1 because the text is found in the first position.

This second example returns 7 because the text is found starting in the 7th position:

Important! The Instr Function is case-sensitive by default. This means “look” will not match with “Look”. To make the test case-insensitive read below.

The syntax for the Instr function is as follows:

string – The string of text to search in.

substring – The string of text to find in the primary string.

[compare] (optional) – By default, Instr is case-sensitive. By setting this argument you can make Instr Case insensitive:

The Instr start position allows you to indicate the character position where you will begin your search.  Keep in mind however, the Instr output will always count from 1.

Here we set the start position to 3 to skip the first B:

The result is 6 because the second B is the 6th character in the string.

By default, VBA treats “L” different from “l”. In other words, VBA is case-sensitive. This is true of all text functions.  To make VBA case-insensitive, set the [compare] argument to 1 or vbTextCompare.

Alternatively, you can add Option Compare Text to the top of your code module:

Option Compare Text will impact all of the code in that module. I personally place this at the top of any module that deals with text because I never care about case differences.

Just like the Instr function this will return 1 because there is only one instance of “Look” in the text. But if we add a second “Look”, you’ll see that it returns the position of the right-most “Look”:

Next we will review more Instr examples.

Here we will use an If statement to test if a string contains a a substring of text:

Find Text String in a Cell

You can also find a string in a cell:

Or loop through a range of cells to test if the cells contain some text:

Find Position of a Character in a String

This code will search a string for a word:

This code will test if a string variable contains a string of text:

Instr and the Left Function

Instr can be used along with other text functions like Left, Right, Len, and Mid to trim text.

With the Left function you can output the text prior to a string of text: 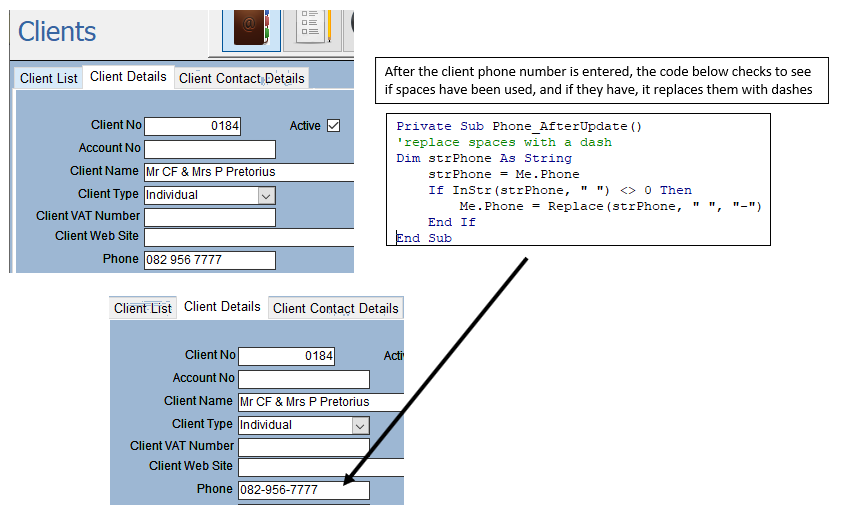