This tutorial will teach you how to calculate the nth root of a number in Excel and Google Sheets.

The Caret Operator can be used in the following manner: 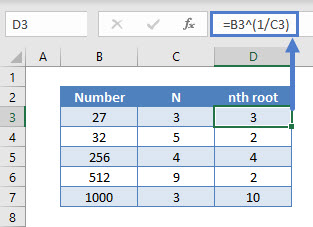 Note: Make sure ‘1/N’ is in parentheses to control the order of operations

Alternatively, the nth root of a number can be calculated using the POWER function. Its syntax is: 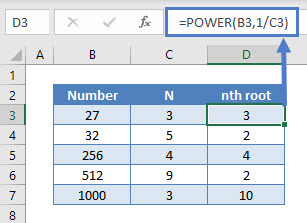 In case the number is negative and N is an even number, the ABS function must be used to avoid the #NUM! error. The ABS function returns the absolute value of a negative number. Its syntax is: 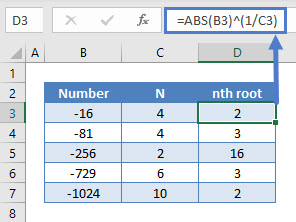 In this example, the ABS function has been paired up with the Caret Operator (^) to find the nth root. It can also be nested in the POWER function in a similar manner.