This tutorial demonstrates how to use the Excel OR Function in Excel to test if one or more criteria is true.

The OR Function Checks whether any conditions are met. Returns TRUE or FALSE.

To use the OR Excel Worksheet Function, select a cell and type:

OR function Syntax and inputs:

What is the OR Function?

OR is one of Excel’s logical functions. It evaluates several expressions, and returns TRUE if any one of the conditions are true. OR can evaluate up to 255 expressions.

How to Use the OR Function 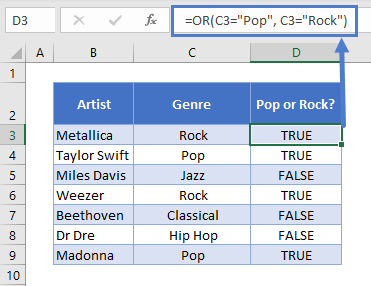 If the text in column C is equal to “Pop” or “Rock”, OR will return TRUE. Anything else, and it returns FALSE.

Note that text comparisons are not case-sensitive. So the following formula would produce the same results as above: 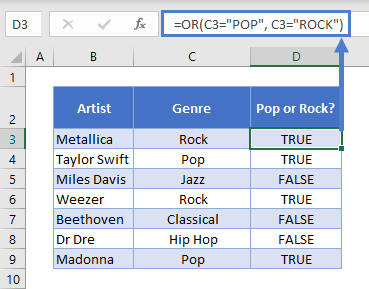 Also, OR does not support wildcards. So this formula returns FALSE: 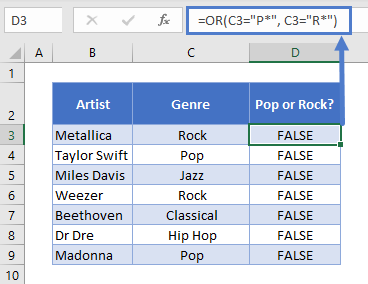 This is because OR will literally compare the text string “P*” and “R*” with the value in C3.

You have a range of comparison operators at your disposal when comparing numbers. These are: 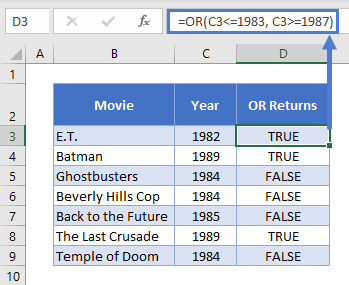 If one of the expressions in OR is a number by itself without a comparison operator, such as =OR(1983), OR will return TRUE for that value, except if the number is zero, which evaluates to FALSE.

Using OR with Other Logical Operators

You can combine OR with any of Excel’s other logical operators, such as AND<<link>>, NOT<<link>>, and XOR<<link>>.

Here’s how you might combine it with AND. Imagine we have a table with data on some movies. We want to find movies released after 1985 that were directed by either Steven Spielberg or Tim Burton. We could use this formula:

When you combine logical operators in this way, Excel works from the inside-out. So it will evaluate the OR statement here first, since that’s nested within the AND.

Using OR with IF

OR is most commonly used as part of a logical test in an IF statement. 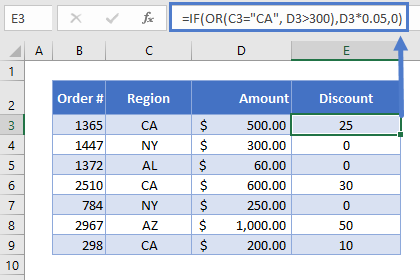 Imagine we’re running some new promotions. To help us break into the California market, we’re offering a 5% discount in that state. We’re also offering 5% off any order over $300, to encourage our customers to make bigger orders.

The IF statement evaluates our OR Function first. If returns TRUE, IF will return D3*0.05, which give us the 5% discount value. If not, it returns 0: the order didn’t meet our criteria, so we don’t apply the discount.

OR in Google Sheets

The OR Function works exactly the same in Google Sheets as in Excel:

OR Examples in VBA 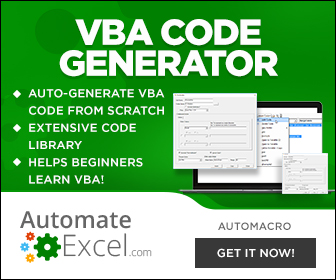 You can also use the OR function in VBA. Type:
Application.Worksheetfunction.Or(logical1,logical2)
For the function arguments, you can either enter them directly into the function, or define variables to use instead.