This tutorial demonstrates how to format numbers as millions in Excel and Google Sheets. 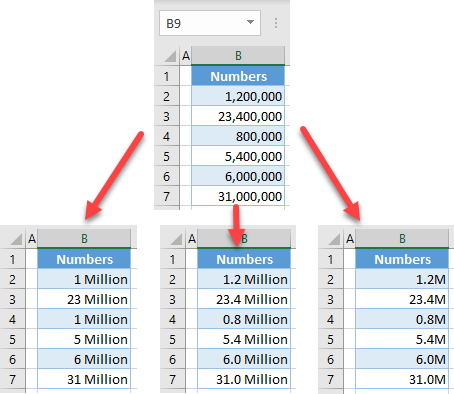 If you want to present large numbers in Excel more visually appealing way, you can format them as millions. Say you have the following set of numbers. 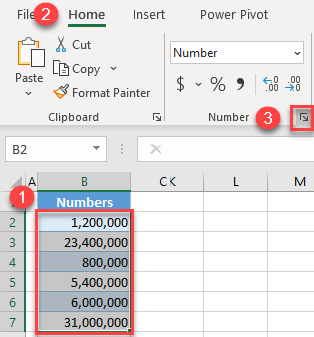 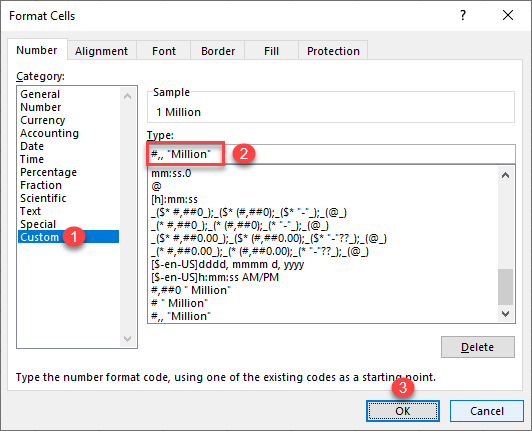 As a result, all numbers in the range, are formatted as millions. In this format, every comma replaces three digits.

Note: If you want to include thousands as a single decimal in the millions formatting, just enter “#0.0,, “Million”“.

Sometimes, you can use only M to indicate millions. This can be useful when creating scorecards to present KPI metrics. In that case, just enter “#0.0,,”M”“.

See also: Find out how to format numbers as thousands.

Similar to Excel, you can also format numbers as millions in Google Sheets. To achieve this, follow these steps: 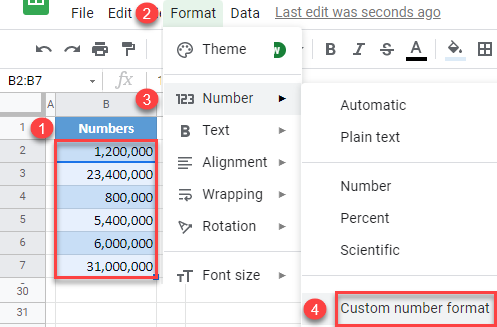 As a result, the numbers are formatted as millions. 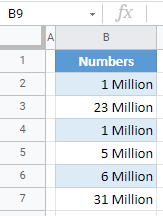 Similar to this, you can enter “0.0,, \Million” to include thousands as a single decimal. 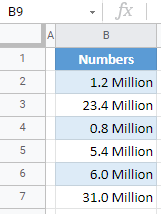 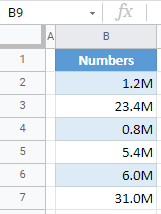