This tutorial will demonstrate how to pull data from multiple sheets and consolidate in Excel and Google Sheets. 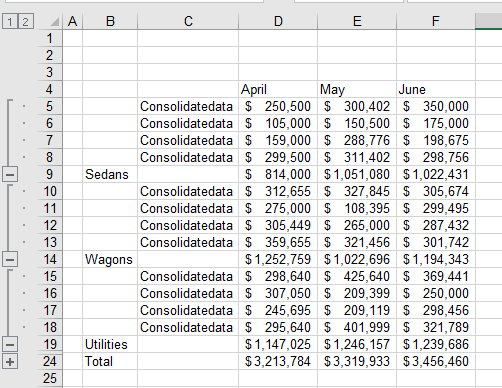 You can consolidate data in Excel by manually creating linking formulas or using Paste Special. However, Excel’s Consolidate feature is a faster and less likely to introduce errors. This tutorial focuses on Consolidate. 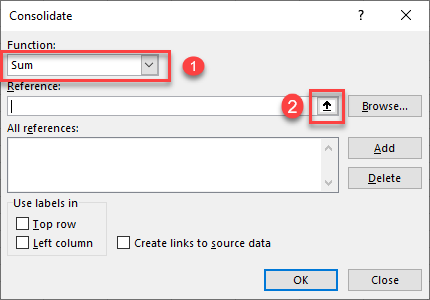 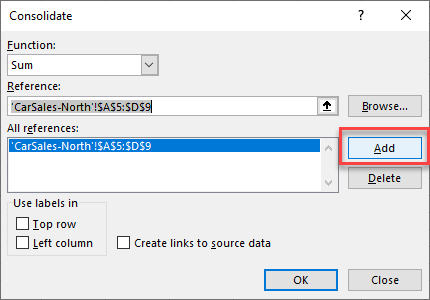 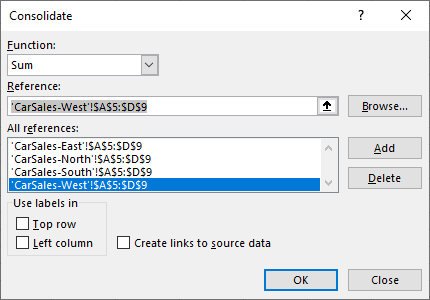 Note that this method only brings in the numbers; it does not bring in any row or column labels.

To bring across the row and column headers, make sure Top row and Left column are checked in the Consolidate dialog box. 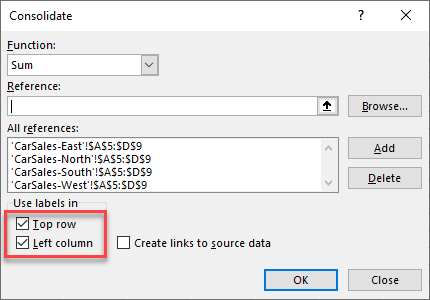 The row and column headings will then be returned with the data.

The data will come into the consolidation sheet as raw numbers; they will not be linked to the individual sheets unless you specifically create links to the sheets. 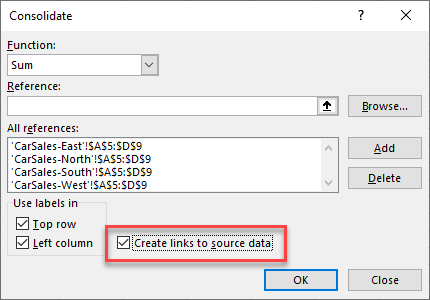 Now when you click OK to create the master sheet, each of the consolidated cells contains a formula linked to the individual source sheets, and the total amount is the sum of the linked formulas. 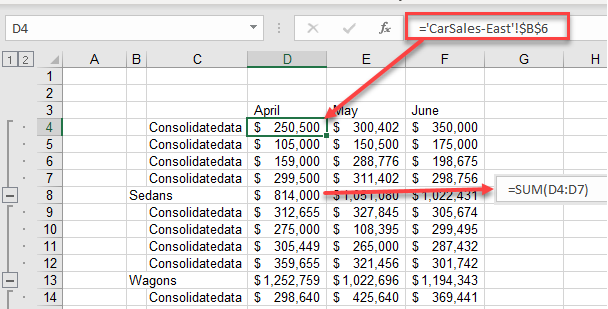 An Outline will automatically be created, enabling you to expand and condense the data as necessary.

If your worksheets are not laid out identically, they can still be consolidated – as long as the row and column headings are identical.

Select each of the individual sheets and add the references to the Consolidate dialog box. Complete Steps 1–7 from the previous section. 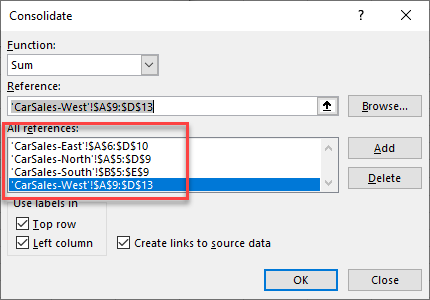 Notice that in the references depicted above, some of the data starts at Row 6, some at Row 5, and some at Row 9. Similarly, while A is the column used in three of the references for the starting point, B is used in one of them – the four worksheets are clearly not identically laid out.

However, all sheets have the same row and column headers, so the consolidation will work correctly.

If you show formulas in Excel (CTRL + `), and then click on the expand button in the row headers, you will see the linked formulas and that cell references differ among sheets.

Note: If some of the column and/or row headings are not identical, then separate rows or columns are created for them on the master spreadsheet. For example, if you had Apr as the heading in some sheets instead of April, you’d end up with the data as shown below:

Google Sheets does not have a consolidation feature available. You can, however, consolidate data manually or by using Paste Special as explained here.