In this tutorial, you will learn how to sort by month in Excel and Google Sheets. 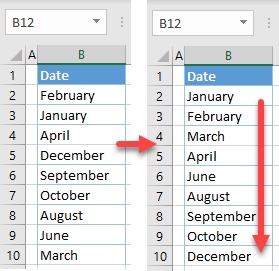 Sort by Month as Text

Say you have the following list of months as text in Column B and want to sort them chronologically from oldest to newest. 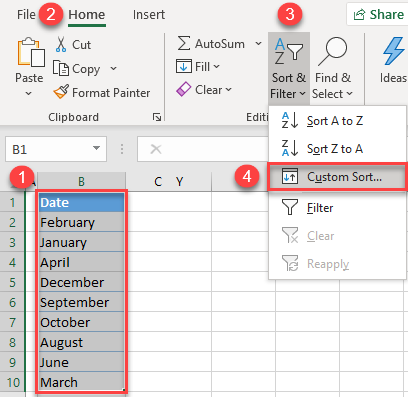 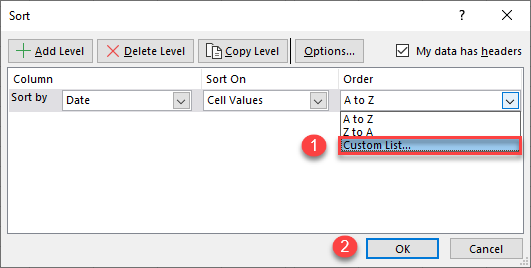 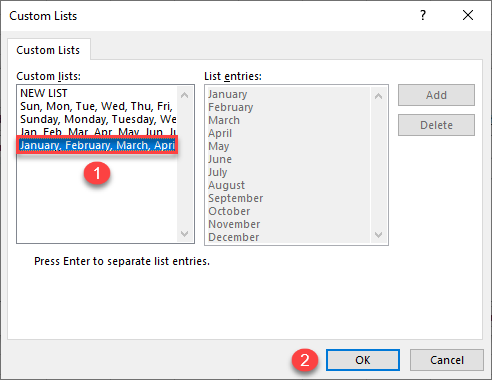 Finally, all months from Column B are sorted chronologically.

Say you have a list of dates in Column B and want to sort them by month, regardless of year, from January to December.

To achieve this, you’ll need to add one helper column. 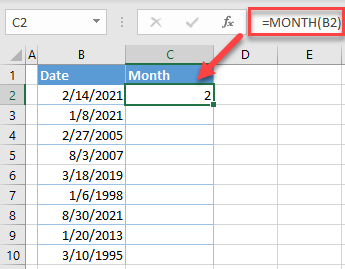 The MONTH Function returns the number of the month based on a date input. In this case, the value of C2 is 2 (February). 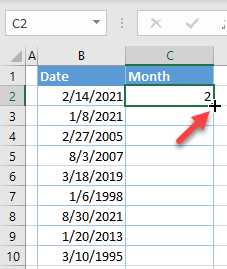 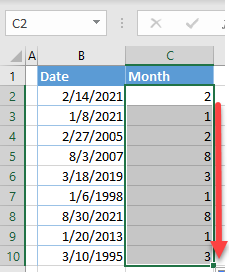 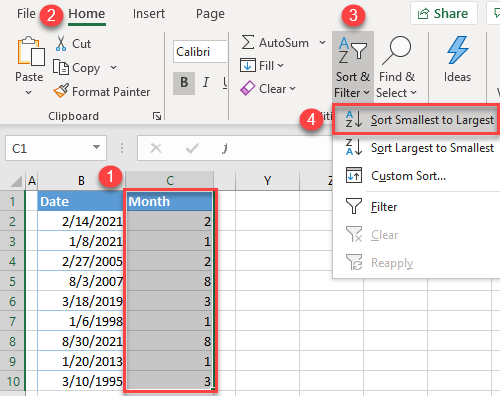 As a result, both columns are sorted by the month number in Column C, and you can delete helper Column C. Dates in Column B are now sorted by month from oldest to newest. 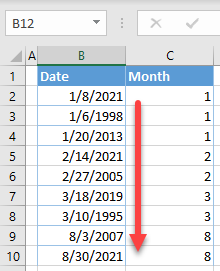 Since Google Sheets don’t have an option similar to Excel’s custom lists, you’ll have to use an array formula to sort months as text.

To do this, enter this formula in cell C2: 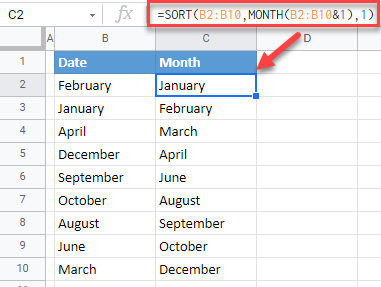 In this case, the MONTH Function has a range, instead of a single value, as an input. This variant will return an array of numbers 1–12 (for each month) sorted in ascending order. As the SORT Function is the array itself, it will take the values from B2:B10 as an array and sort them accordingly from cell D2 downward. This way, you get all months from Column B, sorted in Column C from oldest to newest.

To sort dates by month in Google Sheets, you can use the same option with a helper column and the MONTH Function as explained for Excel. The formula is nearly the same as the one in the previous step, which you used to sort months as text: 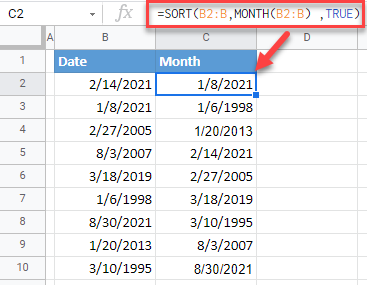 The logic here is the same. The MONTH Function will sort dates in the range from oldest to newest, and the SORT Function will create a new array in Column C based on that list.